Sometimes I wonder why songs from the 1950’s and early 60’s are grouped together as one. I know it’s all the same era, but is it all the same genre? No.

Even so, I’ve gotten used to sharing my 1950’s favorites with the sudden shift in music that happened in the early 60’s. I’ve even gotten to like hits such as “Destination Love” by Bobby Curtola and “The Night Has A Thousand Eyes” by Bobby Vee.

But sometimes, when you’re flipping around on such services that offer music channels, their programing seems to be oblivious to the difference in the major changes that occurred in music post the year 1963.

Now don’t get me wrong. I dig Direct TV’s music channels. They’re really great! I’ve learned a lot of songs in the past few years from listening to one channel in particular called “Malt Shop Favorites”.

“Malt Shop Favorites” is channel 802 (at least in my neck of the woods). And, as the name suggests, that channel plays hits from the 50’s and 60’s. Elvis, Jerry Lee Lewis, Little Richard, Gene Vincent, Chuck Berry and of course, my very favorite, Buddy Holly. And that’s just to name a few!

But sometimes, they go a little outside of the Malt Shop. For example, “Jam Up And Jelly Tight” by Tommy Roe is a hit from 1969 and, uh, I really don’t think that’s the Malt Shop era anymore. In fact, I’m willing to bet it wasn’t. Anything that sounds like it came out of Austin Powers has definitely shifted gears.

One day recently I was listening to Malt Shop Favorites when I decided to go up one channel to 803 and see what was playing on the “60’s Movement” station.

I tuned in to hear The Ventures “Walk Don’t Run”. They play that on “Malt Shop Favorites” as well- makes sense since it’s a 60’s song and within that era. I got engrossed in what I was doing I had forgotten that I’d switched stations. Suddenly, Hendrix’s “Purple Haze” came crashing on and I jolted up in my seat in shock. I started laughing when I realized I was still listening to 60’s Movement.

Sure, “Purple Haze” is technically a 60’s hit, but it’s definitely not in the same musical period as the instrumental they just played. An awful lot had changed in the seven years between those two songs. Boy, and I thought the Malt Shop Favorites channel had consistency issues!

So I left 60’s Movement and back to Malt Shop Favorites I went… wiser.

However, a couple of years ago, Malt Shop Favorites was, itself, going through a fussy phase. I’m not sure who or what was responsible for the programming, but it was a huge mess.

One day I’d gone upstairs to clean my bedroom when all of the sudden, I heard a heavy beat coming from the entertainment system. Whatever I was hearing was certainly not from the Malt Shop Era.

I entered the living room to find “Love Machine” by The Miracles playing on MY Malt Shop Favorites! I was utterly terrified! During those same awful few weeks, Malt Shop Favorites also played Charlie Rich’s “The Most Beautiful Girl”… I mean, come on!

Soon, however, the nightmare ended. The songs were re-programmed back to all 50’s and 60’s songs. It got me to think twice about complaining about Tommy Roe.

Plus I must give Direct TV’s Malt Shop Favorites accolades for properly introducing me to The Everly Brothers, Don and Phil. My day is just not complete without at least 3 songs from the boys. After a few months of listening, I became smitten with The Everly Brothers, the duo that I once knew very little about.

So despite having to split my favorite 50’s Rock n Roll hits with early 60’s groups like The Shirelles and The Crystals, I’ll remain a loyal fan of Malt Shop Favorites… It will always be the channel I run to when I grab the remote- the bright side of my day, and my quickest escape from CNN. 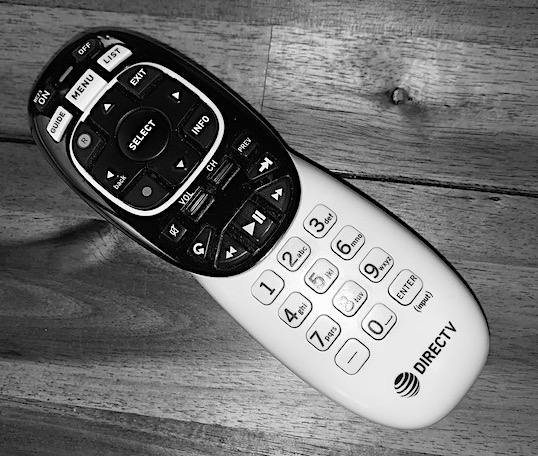 So that about does it for this edition of “Keeping the 50’s Alive”! Stay tuned for the next edition which will be posted… not that long from now. 🙂

I do not get paid or compensated in any way to endorse any products, companies or stores, nor am I affiliated with any companies, labels, products or stores. All opinions are my own.

All logos, names, titles and image copyrights are retained by their original owners.

I'm a retro nerd obsessed with Early Rock n Roll, fashion and the 1950's era in general. I also love cats. (like you didn't see that one coming! View all posts by retrodee